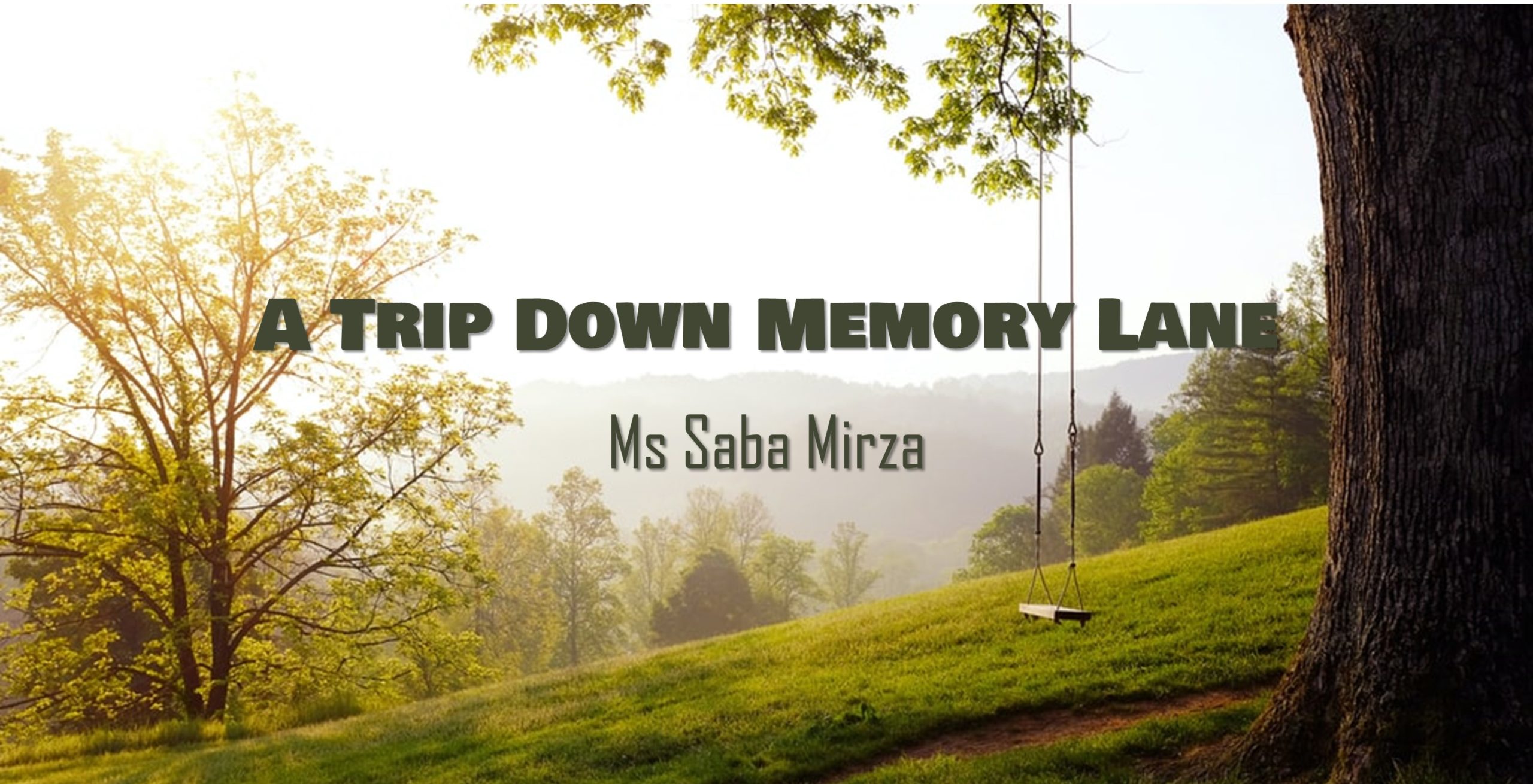 Some of you may already know that I’m in Islamabad these days visiting my parents and the house I grew up in after more than a year. I’m accompanied by my four-year-old son, Umar and even though this is his fourth visit to the city, he doesn’t remember much. It’s quite understandable given how little he was when we visited before, but a part of me had hoped that it would all come back to him as soon as he would step inside his grandparent’s house. After all, this was his mother’s home, her life, her upbringing, 50 per cent of his genes so to speak. Of course, it would be known to him. Or so I thought.

It wasn’t (sigh) and I was disappointed (a little bit). He had seen pictures of this house and its majestic green garden quite a few times and I had even shown him pictures and videos from our last trips but they didn’t help him remember anything. The first two days he was lost. He was happy to be with his grandparents but he missed his father tremendously. His sadness was visible in the small things he would say or do like when he asked my father “Abu, do you have more chips and biscuits in your kitchen or do you want me to call my papa to bring some?” or when he told me that he wants to sleep with two friends on his sides. “What two friends?” I had asked, confused. “One friend was mamma and the other was papa,” he replied just as he dashed out of my room and into my parents to sleep in the middle of them. Never once had he slept without me in all these years but that night he did.

We all understood what was going on. My husband video-called us every day assuring me that he will settle down once he gets more used to the place but I was worried. I was scared that I might have to cut this trip short if he doesn’t get off this bandwagon soon.

But what I failed to see at that point was the opportunity that this homesickness was providing. I decided to step into my son’s shoes for a while and turn his fears and confusions about this new place into an awe-inspiring experience. This was an opportunity for me to re-experience all the joys and memories I had made here as a child and to share them with him.

Hence it all began. My first quest was to instil in him the love for our luscious green garden. He liked going out there and swinging on the swing but today I had more in mind. I showed him all the bright and colourful flowers that were there; the yellow Sunflowers, the purple Coneflowers and the red Zinnias. I showed him all the lemons, turnips, peppermints and black grapes that were growing there and he discovered so many insects which he had only read or heard of so far; Ladybugs, snails, honeybees and butterflies. He made up stories about them and even dared to hold a ladybug for fifteen seconds. I asked him to identify all the colours around him and he identified the tall green trees, the dark grey clouds, the black lark, the brown sparrows, the thick green grass, the white garden chair set (which his grandparents had painted themselves) and the pink roses. MashAllah his eyes smiled with creativity and excitement after many days. Alhamdulillah.

I also showed him the tree that my shuttlecock would get stuck in every time my friends and I played badminton in the evening and the backdoor uncle’s shed where my frisbee would fly off to every now and then. We also explored the street I learnt to ride my bike on for the very first time.

Next, I took him to the rooftop where he discovered another room. It was right next to the rooftop and the whole street could be seen from it. He was enjoying the view, soaking it all in when his eyes suddenly spotted a colourful toy train left on the far side of the room. My father had gotten me that train when I was a baby and my mother and I were always amazed by its durability, having survived 28 years undamaged. It still made the infamous choo-choo sound. which a train makes before taking off every time its key was rotated. Umar had a bawl playing with it.

One of my fondest memories growing up here as a child revolved around the smell and taste of the fresh fruits that by the grace and mercy of the Almighty always adorned our dining table. This may sound clichéd but the fruits here smell fresher and taste sweeter. The air feels healthier, the water seems lighter, purer and the weather is more uplifting. My son, an avid yogi, felt the same as he exclaimed, “Breathing’s easier here mamma… look how long I can hold this breathing asana.”

Making him drink his milk and eat a few slices let alone an entire apple was mission impossible for me. MashAllah here he wakes up every morning asking for an apple along with his breakfast and drinks fresh farm milk every night before going to bed. This mother is over the moon Alhamdulillah.

Another adventure we engaged in was a stroll around my neighbourhood. I showed him the long main road which covers the entire sector of my locality and whose tranquillity, smell, warmth and colour still remained the same. It was the road I strolled on every morning when my dad went for his morning jog and sometimes even in the evening when my mother or I were hit by the ‘we have to lose weight’ spell. Umar strolled on the same road with me briefly playing in all the gardens the local neighbours had nurtured over the years and admiring the clean cars parked in their porches. He played in my street and was totally at ease with his whereabouts. He was looking forward to playing there again the next day but he wanted a badminton racket, a frisbee and a bicycle to complete the experience which is a tale for another day.

Reliving and sharing these memories with my son is a blessing I never thought I would get to experience. Having been diagnosed with type 1 diabetes when I was just four years old had left a lot of doubts and fears in my mind about my likelihood of experiencing the joys of motherhood despite repeated assurances by my parents, doctors and the internet (!). But Alhamdulillah, here he is, happy, healthy, masha’allah as perfect as perfect can be, giving his mother the incredible opportunity to relive and share all the best moments of her life. May Allah swt bestow His mercies and miracles which He deems fit on all of us and keeps all our children and their loved ones happy, safe and healthy (Aameen).

Her son, her recent revisit to her roots and her city Islamabad are the inspirations behind her article.

She is a dedicated teacher, mother and friend who previously taught at a London School of Economics licensed University for 7 years, completed her postgraduate from Durham University and is now teaching in Generation’s School since the past one year.

Students to Rejoin On-Campus with the Hybrid Model